AOL wants to save the Internet

It may not come as much of a surprise, but the major US telecom companies have significantly outspent supporters of net neutrality when it comes to lobbying on Capitol Hill. And they seem far more intent on getting their way. Between 2005 and 2013, Verizon, AT&T, and Comcast all mentioned the issue of net neutrality in more lobbying reports than any pro-neutrality companies. The trend is particularly unsettling as debate around net neutrality and the "open internet" rages on during the FCC's comment period on Chairman Tom Wheeler's latest proposal. But the biggest surprise may be the top spender on the list in support of net neutrality.

Despite Google having the biggest tech lobby in Washington aside from the big internet service providers, AOL — the company best known for giving the world dial-up internet in the '90s and being one of the country's largest ISPs — has outspent Google on net neutrality issues. That's one of the main takeaways from data collected by Sunlight Foundation and reported on by The Daily Dot.

Big corporations have dumped vast resources into their continued efforts to get in the ear of and influence politicians in Washington. Their goal, of course, is to wipe away the inconvenience of net neutrality for good. On the other side, supporters of an open internet have seemingly been far less likely to bring the topic into their lobbying strategies. Google has stepped things up in recent years, but still falls well short of those looking to derail the initiative. Needless to say, the numbers make it plainly apparent that AOL, Google, and others will need help in steering this conversation. That's where you come in. 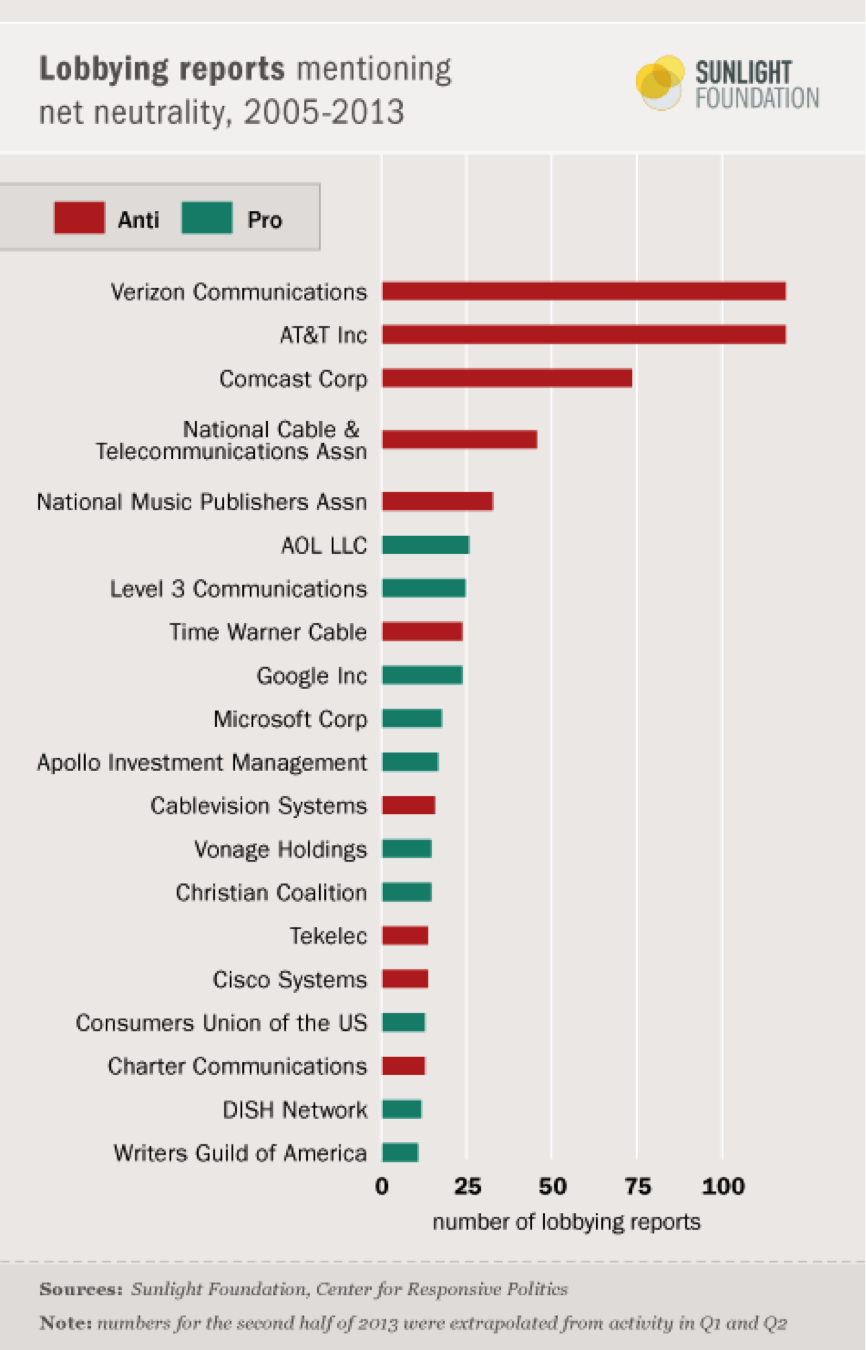