Facebook really wants you to hang out and talk about your feelings. But, does it want you to have those conversations anywhere else other than on Messenger? Probably not.

Peter Martinazzi — Facebook Messenger’s director of product management — told Mashable that Messenger’s overall aim is to be a place where people share their feelings, make plans and hang out. He added that this new update intends to “upgrade” the existing conversations taking place on the app.

“This product is a byproduct of trends we’re seeing now,” Martinazzi said. “One of the biggest trends we’ve seen on mobile and on Messenger over the past few years is that people are getting more visual in their messages, using things like emoji and stickers. It’s something that’s growing faster than overall messaging is growing. And messaging overall is growing pretty fast.”

Facebook claims that it wants to make all of your conversations “better than ever”. But to many this update feels like an attempt to compete with Snapchat and Instagram Stories. And, importantly, to keep socialising all in one place — Messenger. Facebook might just be onto something — why use three apps to talk to your friends when just one will do?

Messenger’s new camera can be accessed on the “home screen” of the app — the place where all your messages are listed. Now, all you have to do is tap the shutter button once to take a photo or hold down to record a video.

There’s also a place to search for art and special effects too so you can slap on an “artistic filter” to your full-screen photo. And there are thousands more stickers, frames, masks and effects to choose from as well. 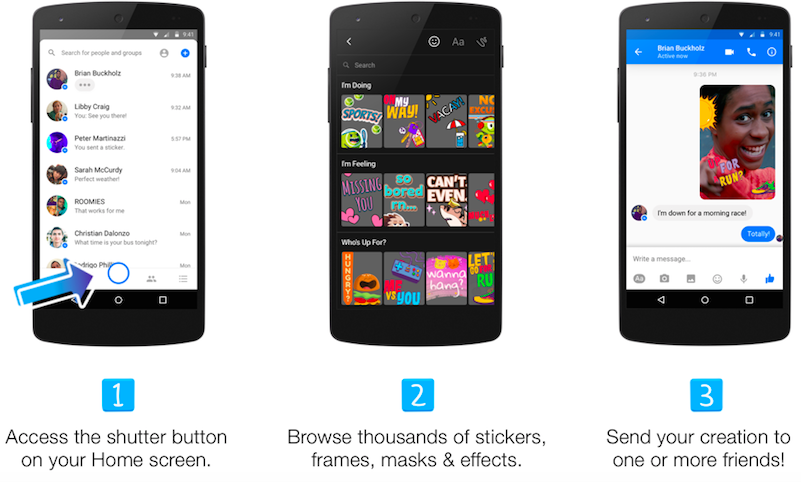 There’s also a new feature that will let you jazz up your text messages. If you click on the palette icon next to the shutter icon, you will be taken to a “blank canvas” where you can select art and stickers to add to your text.

Unlike the ephemeral nature of Snapchat, Messenger photos won’t disappear after they’re sent. And you won’t get a notification if someone screenshots your photo. 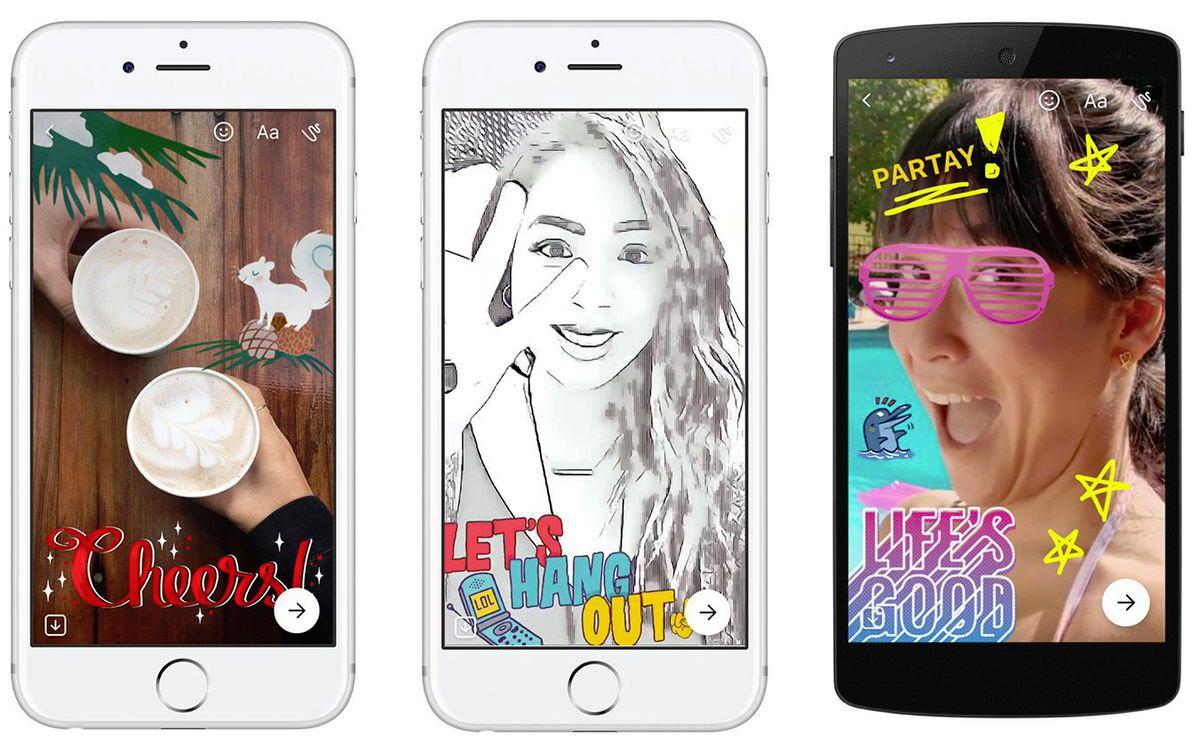 The update essentially takes Messenger up a notch. You also have access to a tonne of art, not just a fixed number of filters. And, if you want to get a cheeky screen grab of what you’ve been sent, the sender will never know.

Of course, if you just want to send a straight-up instant message to someone, then carry on as usual. Messenger is bringing you a hell of a lot of options and maybe — just maybe — a lot of reasons to stay off other apps.

When asked by Mashable about what separates Messenger’s update from Snapchat or Instagram Stories, Peter Martinazzi of Facebook was keen to demarcate Messenger as a distinct and different entity. He didn’t want to discuss the goals of other apps saying this upgrade is “built for messaging and for Messenger.”

According to Martinazzi, Facebook modifies its products as technology improves and as people’s behaviour changes and this update is a modification to make the existing product better for people.

“We want to make it more fun and more expressive so you can get across what you’re trying to get across,” he says.

How users will respond to the update remains to be seen. But, it certainly feels like Facebook is trying to give its users more and more reasons to keep those conversations going on Messenger, rather than taking them elsewhere.

Let’s not forget that Snapchat was the most-downloaded free iPhone app in 2016, with Messenger in second place. Will 2017 be the year that reverses those positions? Only time will tell.