CAPTCHAs are an unfortunate side effect of the internet. They're those irritating collection of numbers and letters morphed into some Surrealist dreck that leaves us guessing, and guessing, and guessing. Google wants to improve all of that with updates to reCAPTCHA, a one-click solution for telling websites that you are, in fact, a human being.

While the new reCAPTCHA API may sound simple, there is a high degree of sophistication behind that modest checkbox. CAPTCHAs have long relied on the inability of robots to solve distorted text. However, our research recently showed that today's Artificial Intelligence technology can solve even the most difficult variant of distorted text at 99.8% accuracy. Thus distorted text, on its own, is no longer a dependable test.

So Instead of the clunky CAPTHA you're used to, Google's new API uses a "risk analysis" engine to decide whether you can bypass the reCAPTCHA with just a quick click, or if there needs to be further analysis that you are indeed flesh and blood. However, that more frustrating process should happen much less often. According to Google, sites like WordPress and Humble Bundles, which have already adopted the new API, have let users pass by with just one-click 60 and 80 percent of the time, respectively.

Google also wants to make reCAPTCHAs mobile-friendly since increasingly more and more of our computing is done on a smartphone or tablet. For this, Google relies on tricking bots with Computer Vision problems. For us humans, it's just a fun game of clicking images that match a given clues, such as kittens or turkeys. 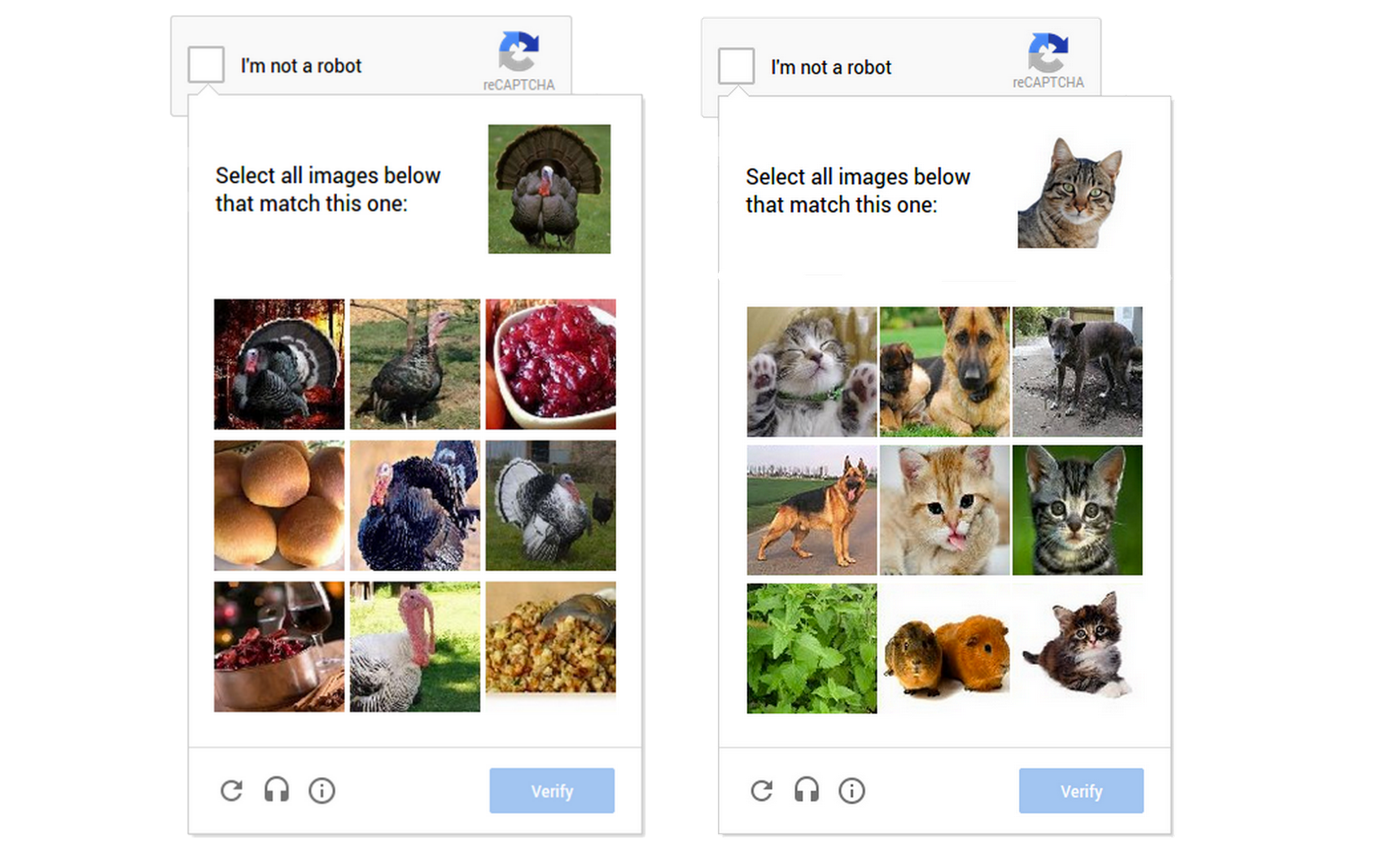 Unfortunately, CAPTCHAs are a permanent fixture of the internet, so they'll still be sticking around in some form, but Google wants to make them a little more invisible and also include kittens, both of which I wholeheartedly support.