While Amazon didn’t have a splashy presence at the show — though there was a bizarrely large Echo speaker in one hallway — the fact that so many gadget makers were pledging to bake Alexa into their products became the dominant story of CES.

This year, Google, which has a rival assistant product called Google Assistant, is making sure no one leaves CES without thinking — often — about it. 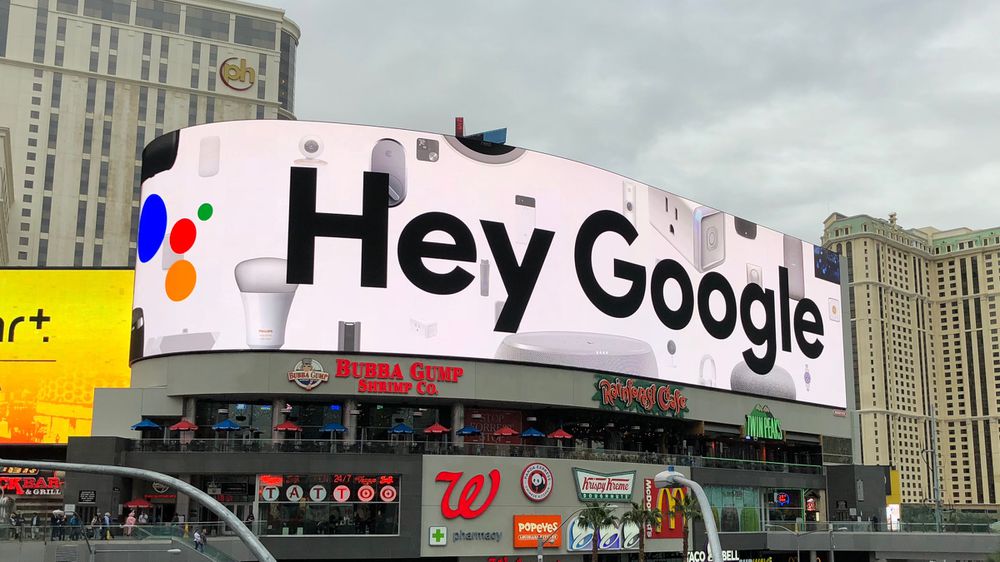 Google has bought out major video billboards on the Strip, playing “Hey Google” ads for Assistant on loop. It has sponsored the Las Vegas Monorail, wrapping the cars in “Hey Google,” as well. And it has built a giant booth outside the Las Vegas Convention Center, complete with a very Googly slide.

Companies have announced some Google Assistant integrations, too, even as the Alexa integrations roll on.

Some of them may prove to be popular. Many won’t matter, or even ship. That’s CES for you.

The bigger picture is the narrative, and that’s why Google is smart to make noise here. (You can read Dieter Bohn make a similar argument at The Verge.)

The perception has been that Amazon, an online shopping company, is running away with the future of voice-based computing and search — perhaps the next great operating system. If true, over the long run, this could range from mildly bad to very bad for Google, the world’s biggest search and online advertising company.

What happens here this week probably won’t make much of a difference. Integrating voice assistants into every random gizmo might help — we’ll see — but it’s just part of the puzzle.

To really change things, Amazon and Google (and Apple, with Siri) must build actual, enduring value for their assistant services beyond music streaming and kitchen timers, and marketing won’t solve that problem. This seems like an advantage Google would have, as the company whose mission is to “organize the world’s information” and builder of many great internet services. Yet Amazon has overachieved so far, and still seems the fan favorite.

It will be a good race to watch, and one that really won’t be decided by shallow things like “winning CES.” But Google does need to pick up its narrative. Perhaps this burst of media attention — both organic and paid — will help.