Ahead of its big iPad Pro and Mac event, Apple just announced that iOS 12.1 will be released tomorrow. It’s the first significant update to iOS 12 and includes the Group FaceTime feature that was removed from the initial release. Group FaceTime allows you to video chat with up to 32 people simultaneously and supports stickers, video filters, and Animoji/Memoji. The feature was held back from iOS 12.0, but apparently it’s now ready to go. The video bubble for each person gets larger whenever they speak on the call

iOS 12.1 also adds dual-SIM support for iPhone XS and XR, so you’ll be able to have two lines running on the same phone. One line will use your physical SIM card, with the other working through eSIM technology. (Apple put up a helpful tutorial for enabling dual SIM functionality.) 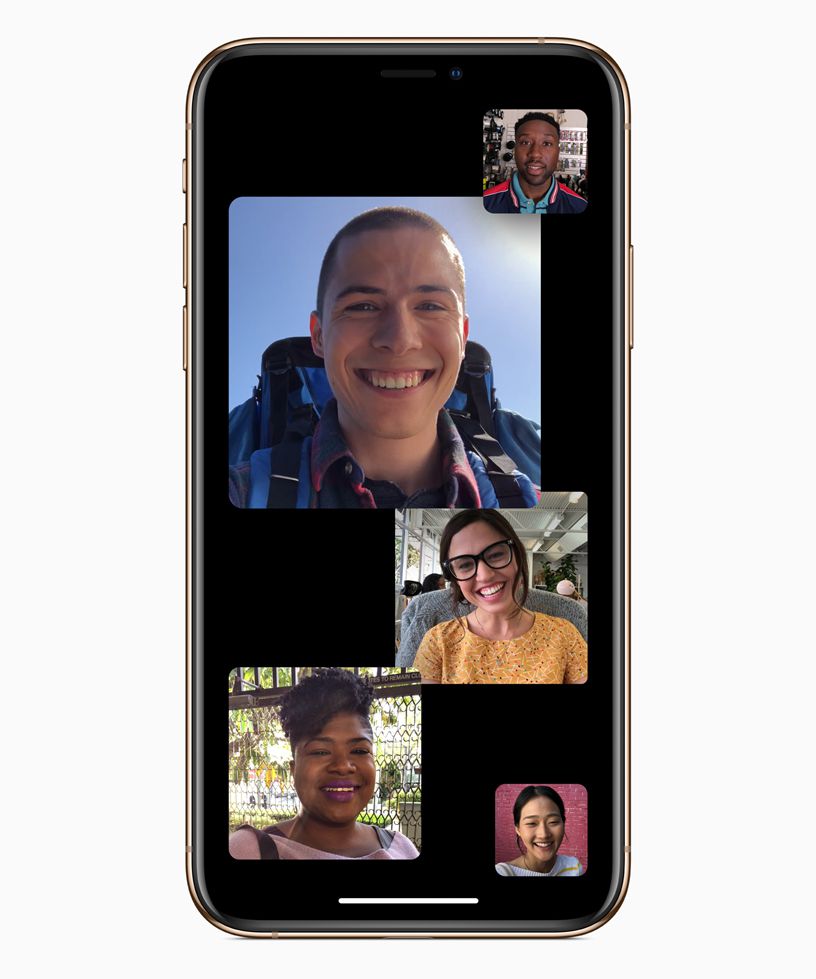 Apple doesn’t mention this in its press release, but the company previously confirmed to The Verge that iOS 12.1 should fix the “beautygate” issue on the iPhone XS and XR. Soon after the XS launched, users began complaining about what they perceived to be skin smoothing in their selfie photos. Apple has since clarified that it’s actually a bug and is happening because the camera chooses the incorrect shot as the primary “smart HDR” frame.

Speaking of the camera, iOS 12.1 will allow iPhone XS/XR owners to adjust the depth of field / bokeh in the live preview of a portrait shot — not just after taking it.

And finally, as usual, Apple is including a slew of new emoji in the update. There are over 70 in all, and they include the controversial bagel emoji, plus “new characters with red hair, gray hair and curly hair, a new emoji for bald people, more emotive smiley faces and additional emoji representing animals, sports and food.” The new emoji will also come to watchOS and macOS through software updates on those platforms.

With iOS 12, Apple put a big emphasis on performance enhancements and speeding things up across supported iPhones and iPads. The release has been well received by users, and iOS 12.1 looks to improve upon that with multi-person video chats, the flexibility of dual SIM, and fixed selfies on its latest smartphones.

That Apple is announcing this now suggests that tomorrow’s product event is going to be quite packed. The Verge will be covering all of the announcements live from Brooklyn.