Microsoft responds to the French about data collection

We reported earlier on France’s demands to Microsoft with regards to bolstering its Windows 10 OS to better protect user data, and ultimately, their privacy. The fact that a watchdog would target Microsoft for collecting too much data probably strikes no one as a surprise, as that very complaint has been one shared by many users since the launch of Microsoft’s latest OS.

In the complaint, France’s Chair of the National Data Protection Commission noted a couple of big issues, from the fact that the PIN code can be entered as many times as an attacker needs it to be and also that certain mechanisms of the operating system collect much more user data than is required for it to function. 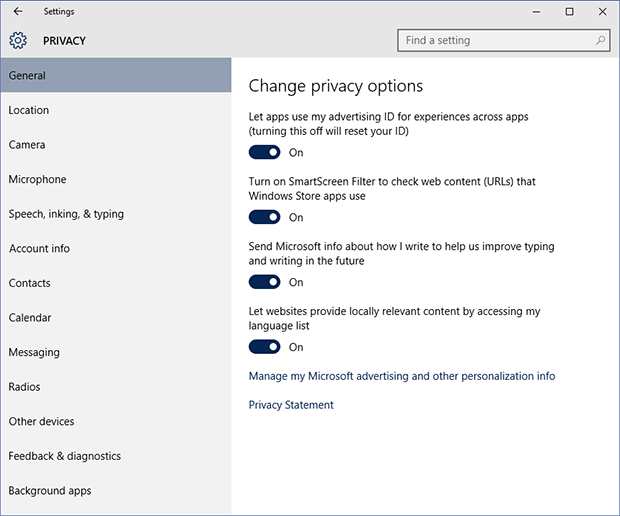 Microsoft has wasted no time in responding to CNIL’s demands, and is quick to rule itself out for doing anything wrong. Microsoft noted in its response:

We built strong privacy protections into Windows 10, and we welcome feedback as we continually work to enhance those protections. We will work closely with the CNIL over the next few months to understand the agency’s concerns fully and to work toward solutions that it will find acceptable.

The company is adamant about the fact that it’s built many protections into the OS to keep user data and information safe, saying that it’s always complied with the Safe Harbor framework, which has remained valid until last week, which is when the new Privacy Shield became adopted instead. Both Safe Harbor and Privacy Shield aim to protect user data as it gets sent back and forth between the US and the EU.

Interestingly, Microsoft isn’t responding to every point of France’s letter quite yet; the company has said that it will release an updated privacy statement next month, which will implement the requirements to adhere to Privacy Shield rules.

At this point, it’s hard to guess where this will go, but it does ultimately seem like Microsoft will be forced to change certain aspects of its Windows OS, at least for its users in the EU. It wouldn’t be the first time Microsoft has had to re-sculpt its Windows OS to appease the EU; years ago it was forced to implement a “browser wheel” of sorts, as well as make other changes. This led to the creation of “N” Windows editions, which remain exclusive to the EU.