Taking the headphone jack off phones is user-hostile and stupid

Another day, another rumor that Apple is going to ditch the headphone jack on the next iPhone in favor of sending out audio over Lightning. Or another phone beats Apple to the punch by ditching the headphone jack in favor of passing out audio over USB-C. What exciting times for phones! We’re so out of ideas that actively making them shittier and more user-hostile is the only innovation left.

Look, I know you’re going to tell me that the traditional TRS headphone jack is a billion years old and prone to failure and that life is about progress and whatever else you need to repeat deliriously into your bed of old HTC extUSB dongles and insane magnetic Palm adapters to sleep at night. But just face facts: ditching the headphone jack on phones makes them worse, in extremely obvious ways. Let’s count them!

(Also, here is a list of reasons you might actually prefer Lightning headphones, by my friend Vlad Savov, but let’s be clear that my list is the superior one.)

Oh look, I won this argument in one shot. For years the entertainment industry has decried what they call the “analog loophole” of headphone jacks, and now we’re making their dreams come true by closing it.

Restricting audio output to a purely digital connection means that music publishers and streaming companies can start to insist on digital copyright enforcement mechanisms. We moved our video systems to HDMI and got HDCP, remember? Copyright enforcement technology never stops piracy and always hurts the people who most rely on legal fair use, but you can bet the music industry is going to start cracking down on “unauthorized” playback and recording devices anyway. We deal with DRM when it comes to video because we generally don’t rewatch and take TV shows and movies with us, but you will rue the day Apple decided to make the iPhone another 1mm thinner the instant you get a “playback device not supported” message. Winter is coming.

2. Wireless headphones and speakers are fine, not great

I am surrounded by wireless speaker systems. (I work at The Verge, after all.) And while they mostly work fine, sometimes they crackle out and fail. It sucks to share a wireless speaker among multiple devices. Bluetooth headphones require me to charge yet another battery. You haven’t known pain until you’ve chosen to use Bluetooth audio in a car instead of an aux jack.

3. Dongles are stupid, especially when they require other dongles

Shut up, you say. All of your complaints will be handled by this charming $29 dongle that converts digital audio to a standard headphone jack!

To which I will respond: here is a photo of Dieter Bohn and his beloved single-port MacBook, living his fullest #donglelife during our WWDC liveblog: 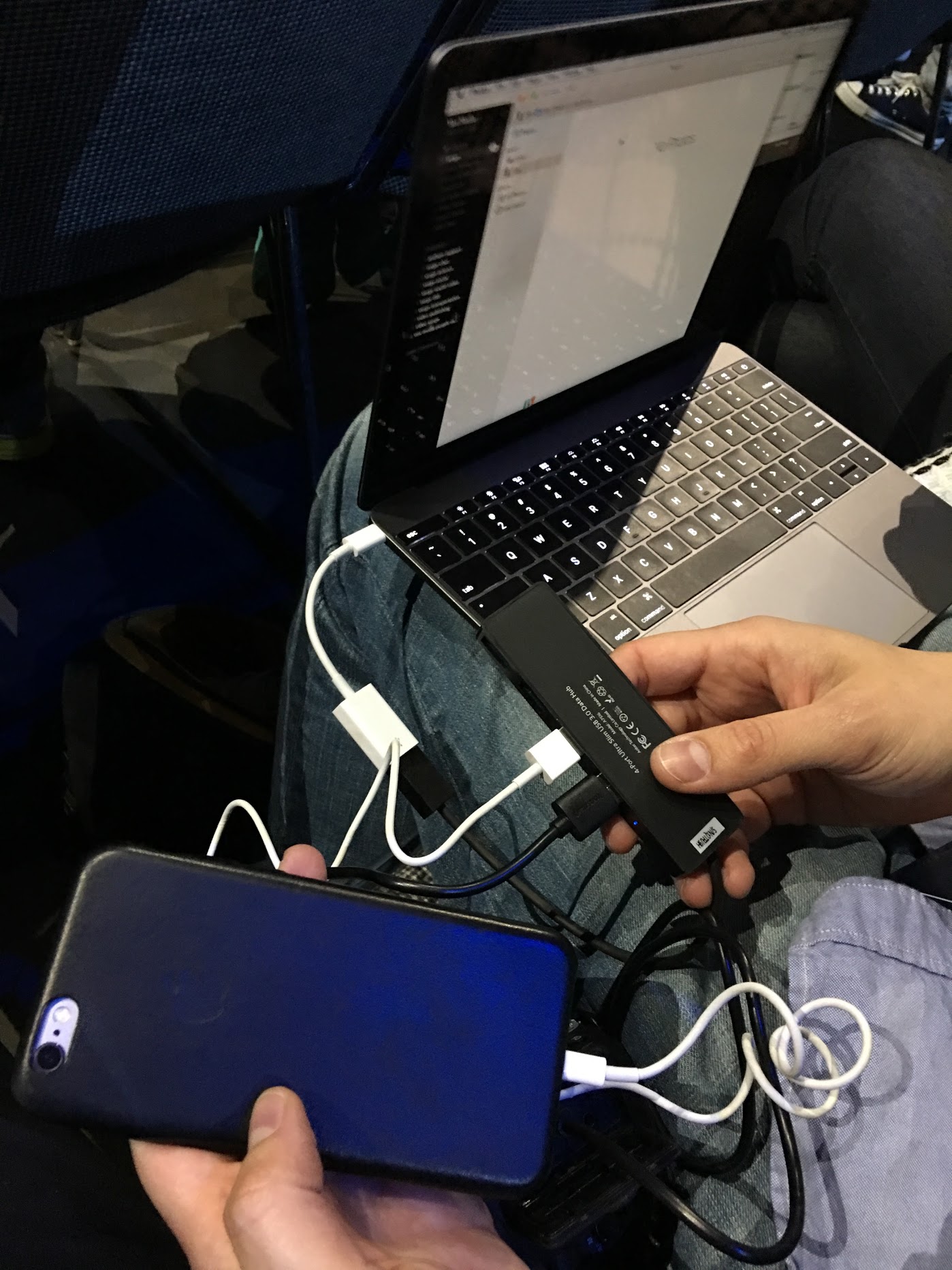 Everything is going to be great when you want to use your expensive headphones and charge your phone at the same time. You are going to love everything about that situation. You are going to hold your 1mm thinner phone and sincerely believe that the small reduction in thickness is definitely worth carrying multiple additional dongles.

Also, they’re called fucking dongles. Let’s not do this to ourselves. Have some dignity.

The traditional headphone jack is a standard for a reason — it works. It works so well that an entire ecosystem of other kinds of devices has built up around it, and millions of people have access to compatible devices at every conceivable price point. The headphone jack might be less good on some metrics than Lightning or USB-C audio, but it is spectacularly better than anything else in the world at being accessible, enabling, open, and democratizing. A change that will cost every iPhone user at least $29 extra for a dongle (or more for new headphones) is not a change designed to benefit everyone. And you don’t need to get rid of the headphone jack to make a phone waterproof; plenty of waterproof phones have shipped with headphone jacks already.

5. Making Android and iPhone headphones incompatible is so incredibly arrogant and stupid there’s not even explanatory text under this one

6. No one is asking for this

Raise your hand if the thing you wanted most from your next phone was either fewer ports or more dongles.

Vote with your dollars.