A state-run consumer watchdog in China revealed it had received eight reports of iPhones spontaneously combusting in the last few months, calling on Apple to address the issue.

The report from the Shanghai Consumer Council quoted one woman saying the phone exploded in August, shattering the screen and leaving the battery and back of the phone blackened.

Apple provided her with a new iPhone but did not address the cause of the incident, the report said.

“Apple should be responsible for consumers,” it added, saying that many consumer complaints had not been effectively solved.

The council said it had received a sixfold surge in complaints against Apple in the past two months, including sudden shutdowns of the iPhone 6 and 6s even though batteries still have enough power.

Two weeks ago Apple offered to exchange iPhone 6s batteries for Chinese users who complained “accidental shutdown” for handsets made between September and October 2015, but stressed it was not related to a safety problem. 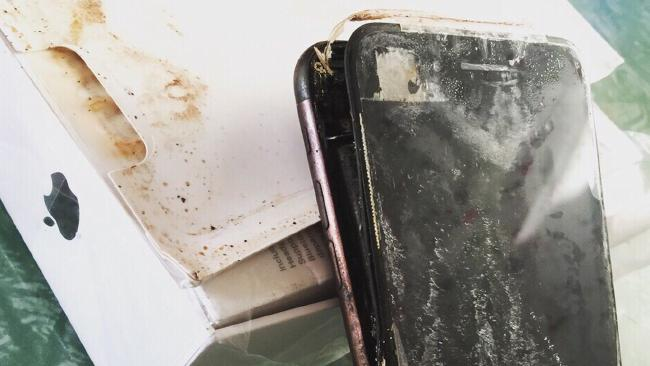 The company’s profits in Greater China fell 30 per cent in the up to September 24, with analysts putting it down to competition from cheaper Chinese smartphone brands.

Apple in China has yet to comment on the consumer watchdog report, which comes weeks after Samsung was forced to issue a worldwide recall of its Galaxy Note 7 handsets due to faulty handsets smoking and catching fire.

And in September, a Reddit user posted a picture of his new iPhone 7 which appeared to have exploded while being delivered to him.

In October, a surf instructor reported that his new iPhone 7 had burst into flames inside his car.

Mat Jones, from Sydney, left his one-week-old phone underneath a pile of clothes in his car while he was taking a surf lesson.

When he returned, his car was filled with smoke and a pair of trousers he left inside the vehicle were ablaze. 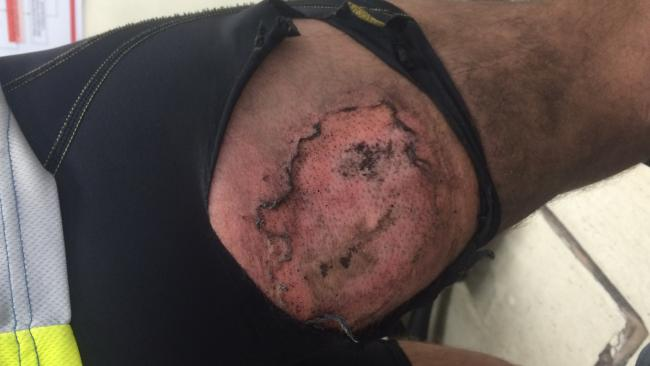 Gareth Clear suffered burns to his leg when his iPhone exploded after it suffered a minor impact as Gareth was mountain-biking. Gareth has needed skin graft surgery to aid in the healing process.

An Apple spokeswoman said the company was in touch with Mr Jones and that it had launched an investigation.

It is possible for lithium-ion batteries, which are used in iPhone 7s, to catch fire when exposed to heat.

In October, a student’s iPhone exploded in his pocket during a class despite being turned off.

Darin Hlvaty was in a class in Rowan College, New Jersey, when his iPhone 6 Plus caught fire last week.

He said he threw the device on the ground as it burst into flames, but not before it burned a hole in the back pocket of his jeans.

In August, Brit mountain biker Gareth Clear suffered horrific burns when his iPhone 6 burst into flames and melted onto his skin after he fell off his bike onto it.