Winamp 5.8 officially released after years of no activity

Back in the days before we got our music from the cloud using Spotify and Pandora, we would use MP3 players to play our music. When it came to players, there was (is?) no player more popular than Winamp.

Whether you like the vintage skins, the visualizers, or just a media player with a ton of options, Winamp had it all. Guess what? The world’s most famous media player – Winamp – is back with changes that make it compatible with today’s more modern operating systems such as Windows 8.1 and Windows 10. 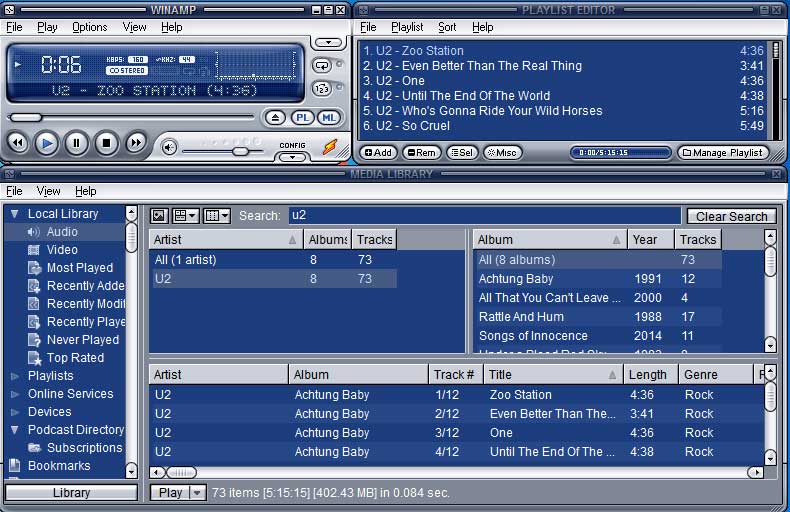 When Radionomy purchased Winamp from AOL in early 2014, they promised to keep Winamp alive. Those promises were hollow as no new updates were released in the past 4 years.

That is until recently, through leaks and hype, Radionomy officially released Winamp 5.8 in all its nostalgic glory. With its expanding control panels, car stereo like skins, hard core settings, and its visualizers that you can stare at for hours, Winamp is ready to rock and roll!

While Winamp still has some bugs it needs to resolve such as display issues, it will still remind you of the days of old and get you started listening to your MP3s again. If you  have not used Winamp in a long time, though, one thing you may want to do is increase the font size as many of us who fondly remember Winamp may not have the best eyesight anymore.

Radionomy has stated that they are not stopping here and have big plans for Winamp.

In an interview with TechCrunch, Radionomy CEO Alexandre Saboundjian, revealed that a massive release is planned for 2019 that aims to add cloud support for streaming music, podcasts, and more.

“There will be a completely new version next year, with the legacy of Winamp but a more complete listening experience,” Saboundjian stated in the interview. “You can listen to the MP3s you may have at home, but also to the cloud, to podcasts, to streaming radio stations, to a playlist you perhaps have built.”

For those who are curious as to what has changed in this release, the full changelog is below: